advice for those starting on the ground floor 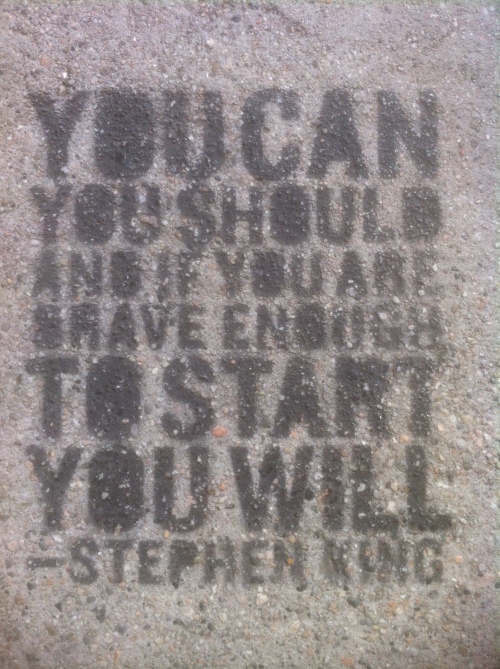 Tagged as brave, graffiti, inspirational, On Writing, quotation, quote, spray paint, start, starting, stencil, Stephen King, street art, tag, writer, writing, you can you should and if you are brave enough to start you will

My story “From the Barrel of a Gun” has been accepted into SUPER, an anthology of super hero fiction from Static Movement Press

This story was adapted from a screenplay I wrote in film school about a city over run by brawling super heroes and villains and the group of determined snipers who fight back.  One of my many strange mantras is that “A gun is the ultimate super power.”  I had a lot of fun doing the research for this story, and I think it shows.  I’ll share more when the book comes out.