Welcome to the Bell Club

Tales from the Bell Club (KnightWatch Press) is now available in print and on Kindle, featuring my short story The Wager. 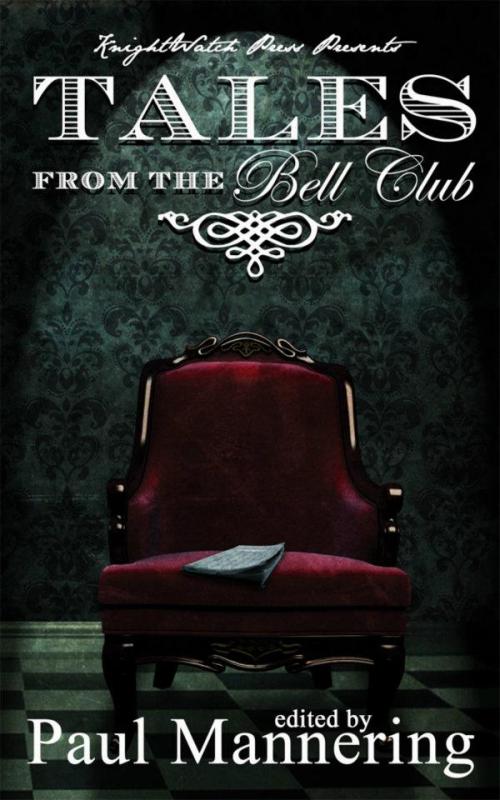 The Wager is a horror story set in the late 1920’s, about a pair of scientists who explore the bottom of the ocean and find death and madness.  I had a great time doing research into the historic Santa Monica and Venice Beach pleasure piers, the local Tongva Indians, 1920’s speech, famous explorers William Beebe and Otis Barton and their record setting invention the bathysphere.  I thought I’d list some foot notes here that captured my imagination.  Spoilers ahoy!

I relied heavily on the real life explorer William Charles Beebe and HALF MILE DOWN, his first person account of breaking the ocean depth record.  Beebe was the most famous American naturalist in the world.  He described things that no one had ever seen, sometimes risking his life in the process.  I would say that my character ‘Charles Beebe’ was a dark reflection of the historical figure, but in truth the real person was all too tragic.

Beebe was a brilliant academic, popular writer and larger-than-life celebrity.  His religion was a mix of Presbyterianism and Buddhism, and he used his eyes to worship the natural world and its inner workings.  He believed that “Boredom is immoral.  All a man has to do is see.  All about us nature puts on the most thrilling adventure stories ever created, but we have to use our eyes.”

His wife, Blair Niles, was a stalwart companion, accomplished writer and fearless explorer in her own right.  She was his assistant and co-writer on their travels around the world, sometimes to places where no white woman had ever been before.  The Explorer’s Club refused to admit females, and so Blair helped found the Society of Woman Geographers.

Despite her loyalty and talent, the couple divorced on the ‘grounds of cruelty’.  Blair’s eyes began to fail, and she could no longer assist her husband with his work.  He started to shun her, not speaking to her for days at a time.  Once he reputedly stuck a pistol in his mouth and threatened to kill himself to terrify her.  I wonder if her vision loss made her corrupt or unworthy in Beebe’s religion of sight.

The fictional beach town of San Simeon is based on Santa Monica, California.  This story is the first of many I have planned for my own anthology in this setting.  I am fascinated by beach towns and piers, probably because I grew up in a small shoreline town and vacationed with my family ‘down the shore’ in Delaware.  The origins of San Simeon, named after the saint of lost children, will be detailed in future stories.

The ‘pleasure piers’ in this story were all real, harking from an era when all of America flocked to bustling carnivals suspended over the sea.  The entire coast was crowded with mad cap piers extending into the ocean.  Prohibition may have been in effect, but who needs a drink when you can tumble down a wooden dragon slide in a burlap sack?

It was a giddy and surreal playground, mostly untouched by the great Depression.  When oil was discovered the area got another boost.  Soon oil derricks filled the sky like the piers stretched into the ocean.

The bathysphere, the strange submarine invented by Beebe and Barton, appears in one of my other stories as well, along with a summary of its invention.

As the intrepid explorers sink down into the ocean they literally penetrate realms of darkness that no mortal has ever witnessed.  Their transgression results in tragedy and madness, which is why you’ll find a few references to ancient gods, titans and myths sprinkled through the story.

When his partner is lost in the abyss, Charles, tormented by the loss, attempts to bring him back.  I wanted to foreshadow this by naming their ship ‘Orpheus’, but chose ‘Izanami’ instead.  The Japanese myth of the death of Izanami-no-mikoto is similar to the tragedy of Orpheus, but I find it more disturbing.

HORRORS OF THE DEEP

There are countless strange creatures in the sunless depths of our oceans.  Beebe described real animals with translucent skin, glowing bodies and giant teeth.  My favorite ugly is Astonesthes Abyssorum, which is Latin for “Eater of the Stars of the Bottomless Pits”.

There are also unnatural beasties at the bottom of San Simeon Bay.  You may spot a reference to my favorite Crypto, El Chupacabra.

In the black heart of the pit dwells an ancient, formless horror.  The slumbering entity spawns monsters, shakes the earth and lures people down to their death.  Fans of H.P. Lovecraft will find it reminiscent of the protoplasmic gods Abhoth and Ubbo-Sathla.

ENDING WITH A BANG

We never learn if Charles Beebe’s plans to strike back at the beast of the abyss ends in success or failure.  There was originally a post script about the 1933 Long Beach Earthquake.  An estimated fifty million dollars worth of property damage resulted and 120 lives were lost.  This didn’t mesh with the first person narrative format so I left it out.  One day I will tell the fate of San Simeon and the tragic explorer who gazed upon its hidden horror.

There are 13 other chilling tales in the collection, including an amazing story by Edward M. Erdelac.  Buy the Kindle version here and the print version here.