Season of the Witch: 13 Songs for Halloween

The Season of the Witch is upon us, and once again I have conjured songs for your Halloween party. The theme for this year is Witches. There are too many great weird songs to choose from, so I used arcane magicks to pick my lucky 13. 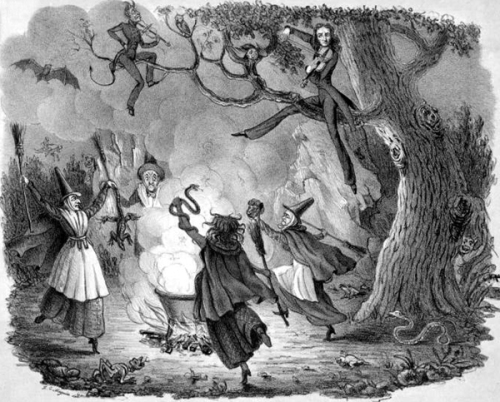 Turn on any classic rock station and you’re bound to hear Love Potion No.9, I Put a Spell on You, Black Magic Woman, Witchy Woman or a ditty by Fleetwood Mac. This list is not meant to be comprehensive. I’m scooping down deeper into the cauldron and tossing back any tune you can’t dance to.

Come, have a sip of strange brew and listen for a spell.

Season of the Witch by Donovan (This isn’t No. 1, it’s the introduction)

Swamp Witch by Jim Stafford (I love these southern fried stories full of creepy bayou atmosphere. “Snakes hang thick from the Cyprus trees, like sausage on a smokehouse wall.”) 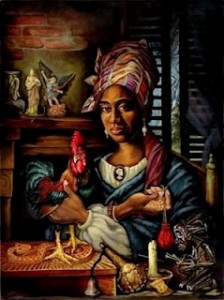 Marie Laveau by Bobby Bare (This is a novelty song, but it harkens back to the time when everyone knew about the Witch Queen of New Orleans.)

Marie Laveau by Dr. John (This song does the Witch Queen more reverence.)

Voodoo Woman by Koko Taylor (The next chapter in Curtis’ story?)

Abracadabra by Steve Miller Band (The cheesy fx of this music video had me spellbound as a kid.)

The Witch by The Cult

Witchfinder General by Carl Douglas (It’s not all love songs. Pimps up, Witches down.)

The Salem Witch Trial by Kiriae Crucible (Dark days in Salem. But on the bright side: electric organ!)

It’s only right to give the last word on witches to the ladies who have been so persecuted and maligned. And who better than Yoko?)

Yes, I’m a Witch by Yoko Ono (the 1974 original is smoother, but this version brings the madness home)

Bonus: I Want to be Evil by Eartha Kitt