Here’s another 13 songs for your Halloween party. The theme for this year’s mix is Horror Movies, featuring songs from scary movies or about movie monsters. While there are many throat-shredding, head-banging heavy metal bands that write nothing but monster odes, this list will even appeal to mullet-challenged individuals.

If you think a song is missing from this list, you may find it included on a previous list here, here, here and here. 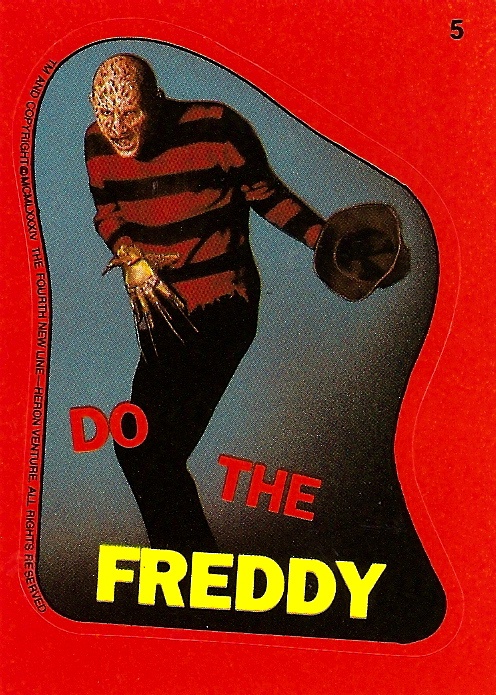 There are many songs about B-Movies from the 50s and 60s, but I like this one because it’s about a girl who can only be amorous when watching monster movies.

Beware of the Blob! – The Five Blobs

I don’t know what else Burt Bacharach and his band The Five Blobs sang about, but this is the definitive song about blobs.

The Creature From the Black Lagoon – Dave Edmunds

I like how simply the love story is laid bare in this catchy tune.

This entire song is performed live several times in The Howling 2: Your Sister is a Werewolf.

This is the song from the prom at Teen Wolf to which the Teen Wolf dance is choreographed. Dear God I love this movie.

Not from a horror movie, not a classic monster, not stopping me from putting it on the list. The album has a bigger sound, but the outfit from the movie is not to be missed:

This song was performed live in Lost Boys, and the saxophone player really brings the heat.

He’s Back (the Man Behind the Mask) – Alice Cooper

This movie is written about Jason Voorhees for Friday the 13th part 6. Not only does the music video have Cooper in a hockey mask running around a theater showing the movie, Jason himself makes a cameo.

Not to be outdone, Dokken made a music video for Nightmare on Elm Street Part 3 where they rock out so hard they give Freddy Krueger a nightmare.

Do the Freddy – The Elm Street Group with Freddy Krueger

Did somebody say FREDDY? Two rap songs weren’t enough, so Freddy cut an album with The Elm Street Group that will definitely give you nightmares. Other highlights include ‘Dance or Else’ and ‘Down in the Boiler Room’.

Feel free to suggest more songs in the comments. I hope you enjoy the music and have a Happy Halloween!