The legend of DRACULA, as written in the classic novel by Bram Stoker, has spawned countless works of fiction.  Legends often contain a kernel of truth, however, and the character of Dracula is believed to be based on the real historical figure Vlad the Impaler, the notorious 14th century prince of Wallachia.

New evidence has been unearthed that another enduring character from Bram Stoker’s novel may also have some basis in reality: the courageous ‘vampire hunter’ Abraham Van Helsing.  Author Ed Erdelac found surprising clues about the real life doctor and used them to create a sequel to Dracula, with his new novel, TEROVOLAS.

I asked Mr. Erdelac to describe his research and tell us about the ‘real’ Abraham Van Helsing.

When did you first make your discovery?

Back in the summer of 1997 when I was living in Uptown Chicago, I landed a seasonal job carrying old boxes of documents back and forth from the basements of the University of Chicago’s Regenstein Library during this big re-organizational push they were having.  At the back of a shelf, I found a large box marked for the Ravenwood collection that had (in my opinion) been deliberately mislaid.  It was posted from Purfleet in England, and contained a series of dated, sealed packets ranging from the 1860’s to about 1934, and accompanying letters from Dr. John Seward to the head of the university’s archaeology department in 1935. 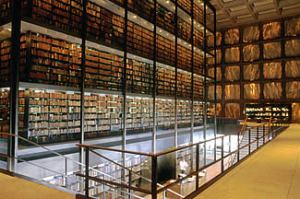 The name Seward was familiar to me, but I didn’t realize it was that Jack Seward until one day on lunch, avoiding my student supervisor, I cracked open one of the packets out of curiosity and started reading.

What I’d found that day was what I now call The Van Helsing Papers, a series of personal journals translated from Dutch, and organized into packets with relevant correspondences and newspaper articles that all served to convince me that the Abraham Van Helsing, who famously opposed Count Dracula in Bram Stoker’s seminal novel of 1897, was a real person with a long and fascinating career in the fledgling field of paranormal investigation.

What is the premise of this book?

For the first release of Van Helsing’s papers, I decided to cover the period immediately following the events of Dracula, as I thought it would garner the most interest, considering the continued popularity of the ‘novel.’

Eight months after the conclusion of the Dracula affair, Van Helsing committed himself to Jack Seward’s asylum in Purfleet, as he was suffering from violent delusions brought about by his mortal encounter with the count’s three vampiric wives.  Disposing of three sleeping women had taken its toll on Van Helsing emotionally, and Seward diagnosed him (possibly incorrectly, but I’m not a psychiatrist) with melancholic lycanthropea.

After several months of psychiatric care he was released, and discovered the cremated remains and personal effects of Quincey P. Morris, the Texan who died in the Carpathians fighting Dracula and his followers, were still in the possession of Arthur Holmwood, Lord Godalming, who was tied up with legal affairs that originated with the recent death of his father.

Van Helsing volunteered to take Morris’ remains back to the Morris family ranch in Sorefoot, Texas, partly in the hopes of getting in some relaxing downtime, but it didn’t work out that way.

Morris’ estranged brother, Coleman, was in the midst of a land dispute with a neighboring outfit of Norwegian cattlemen led by a man named Sigmund Skoll, and only a few days after Van Helsing’s arrival, Cole’s foreman Early Searls and Sheriff G.B. Turlough were murdered. Slaughtered, might be a better word.

Needless to say, Van Helsing, being on hand, offered to lend his expertise, and gathered enough evidence from the crime scene to suspect a supernatural force was at work.  But of course, having only recently left the asylum, he was worried he had begun regressing to his previous aberrant mental state.

I don’t want to give too much away, of course.  Read the book.

Do you think your credits as a fiction writer will make people dismiss your research on the ‘real’ Van Helsing?

Well, there is a danger of that, yeah. But I believe fate put a seventy year old document in my lap for a reason. I could have spent another fifteen years shopping The Van Helsing Papers around to someone with scholarly credentials, but I think I’d probably have run into the same problems as Seward, the original compiler. People like that generally aren’t willing to put their reputations on the line. I have no reputation to risk, in that regard.

I think the truth of The Van Helsing Papers aren’t for everyone. But if it’s available to anyone, then I think the people who are looking for the truth will find it, and that’s more important than getting a blurb from some academic on the back cover.

You contend that Count Dracula was based on a historical figure.  You have pointed out that Bram Stoker describes Prof. Van Helsing’s appearance and personality in far greater detail than his other characters.  Do you believe that once the public has a chance to review your case the existence of the ‘real’ Van Helsing will become ‘common knowledge’?

Well, first off, I’m personally not sure about the popular notion that Dracula is Vlad Tepes.

That’s not implicitly stated in Dracula and not really my area of study.  I know there’s a lot of speculation about that, and I understand the theory has come under question recently, but it doesn’t really concern me.  I don’t have access to the documents which Stoker used to write Dracula and the Count’s past isn’t relevant to anything in The Van Helsing Papers.

I believe the Count Dracula that Van Helsing and company contended with existed, yes.  Van Helsing conjectures some about his origins, but I don’t think he discovered it in the course of his investigation.  He was understandable preoccupied in trying to preserve Mina Harker’s life.  At any rate, Van Helsing’s battle with Dracula was only a single incident in a long career.

In the past fifteen years I’ve uncovered a lot.  I’ve seen his death certificate (he died in 1934 in Holysloot, North Holland), for one thing, and I have a copy of a book he translated into Dutch for his colleague Arminius Vambery (Western Cultures In Eastern Lands is the English title), and there’s mention of him in the personal papers of T.E. Lawrence and Flinders Petrie for example (though I doubt you’ll get confirmation of that from any of their biographers).  After the publication of Dracula though, he became something of a pariah in the academic community, and even many of the people who called on his expertise in later years went a long way to suppress their associations with him.

Of course I hope the real man will come to the world’s attention, that’s my intent, but the public is fickle and strange.  In a culture that celebrates Twilight, it’s popular for men like Van Helsing to be portrayed as monsters, and we like our monsters fictional.

Witch hunts and vampire panics are well documented in Europe and America, but evidence of superstitious practices is not the same thing as proof that those superstitions were correct.  Even if the historical Doctor Van Helsing did believe in vampires, what makes you think other elements of the Dracula story are true?

I would urge you to read Terovolas. Because if the primary accounts in it are true, and from my years of cross checking and corresponding with historical societies and descendants of the participants, and visits to the actual locations (there’s an old tombstone at the Fairview Cemetery in Bastrop, Texas for example, on which you can still make out the name Coleman Morris, and the Bowie knife Quincey used on Dracula is probably the same one I traced to the Autry Museum here in Los Angeles) I can verify that they probably are, then chances are better than average the things portrayed in Dracula are real as well.

But of course, Dracula was presented as fiction, and compiled by Stoker at the behest of the Harkers. It’s possible that some things in it were spruced up. I can’t speak for it 100% as I don’t have access to that segment of Van Helsing’s personal papers. They were taken from him by an undisclosed party during his stay at Purfleet. All that of course, will probably come to light in a later publication, once the legalities of it are sorted out.

But there are further references to Count Dracula elsewhere in The Van Helsing Papers, including an incident in 1898 or so involving his Gypsy followers, so I know that they at least existed, and believed in Dracula’s powers, and exercised inexplicable abilities of their own.

Anyone interested in the fictional world of Dracula or the real life travels of Dr. Van Helsing should read TEROVOLAS.  The story is a must for horror fans and the depth of research available in the footnotes will thrill fans of historical horror.  Get the book now at http://journal-store.com/fiction/terovolas/