Gods Gonna Cut You Down

Many country western songs, especially those favored by Johnny Cash, seem to exist in a bleak Weird West haunted by wailing winds and ruled by Old Testament justice.  Listen to ‘Ain’t No Grave’, ‘The Man Comes Around’, or ‘Ghost Riders in the Sky’ and you’ll see what I mean.

The song ‘God’s Gonna Cut You Down’ has always painted vivid pictures in my mind.  In the song God tells John to let five sinners (the long tongued liar, the midnight rider, the rambler, the gambler and the back biter) know that they’re marked for judgment.  I wondered who these colorful characters were, and how they had ended up on the wrong side of God’s Law.  Who was John, the chosen messenger and avenger of the almighty?

Inspired, I decided to write my first story in the weird western genre.  Happily, my piece found the perfect home in SONG STORIES : BLAZE OF GLORY.  This is the second anthology from Song Stories Press featuring tales created from music. 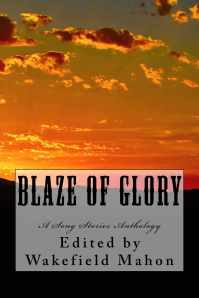 In order to ground the ‘Weird’ I  wanted to make the historical details of my ‘West’ as accurate as I could.  Here are a few notes about the WEIRD.

I chose the Long Tongued Liar to head up my band of outlaws.  The name conjured up Orochimaru, the scheming master of serpents and my favorite villain from the manga Naruto.  With God as long arm of the law, however, I knew my outlaws should be hell-spawn.  I searched the tomes of demonology for an appropriate counterpart and found Jezebeth, the Demoness of Falsehoods.  It’s hard to track down reliable information about her, but what else would you expect?

I have always wanted to write a weird western tale about the song ‘Ghost Riders in the Sky’.

As the riders loped on by him he heard one call his name
If you want to save your soul from Hell a-riding on our range
Then cowboy change your ways today or with us you will ride
Trying to catch the Devil’s herd, across these endless skies

With that character already in mind, I had my Midnight Rider.

How to make rambling seem villainous?  I had a choice between a character that moved around a lot or one that talked too much.  I chose that latter and created Giovanni Mountebank, the loquacious showman behind “Dr. Giovanni Mountebank’s Medicine Show & Traveling Dime Museum.”

A clue to Giovanni’s origins is the sinister bird mask that hangs above his clockwork wagon.  He was born in the Dark Ages, where he began his dubious career in medicine as a Plague Doctor.  While no medical training or experience was necessary, Plague Doctors had the special authority not only to record the Last Will and Testament of their patients, but to perform their autopsies as well.  Imagine the possibilities for corruption and you get an idea of Giovanni’s path to the dark side.

Every weird western needs a Skinwalker, and Nayenezgani Biwosi is mine.  His first name comes from the monster slaying hero of Navajo mythology.  Tucked into the background of all my demon outlaws is the story of righteous men corrupted by Jezebeth.  The name Biwosi comes from Hastiin Biwosi, the first Navajo killed in the witch purge of 1878.

In the gambling halls of the badlands, however, he is known as ‘The Suicide King’.  His favorite game is ‘Russian Roulette’ (although the term hadn’t been invented yet).  A skinwalker can assume the form of any hide or fur he is wearing.  The Gambler keeps a coyote pelt draped over his fancy clothes, but he plays for the skin of his victims. 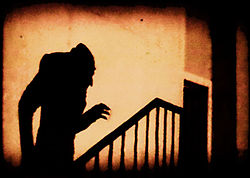 I wanted to round out my rogues’ gallery with a vampire.  I needed to find a different angle on it as well as a way for a vampire to move around in the harsh sun baked southwest.  My solution was twofold: conjoined twins, one living, one undead.

The grim avenger in this story is a mysterious man known only as John.  He hides scars beneath his deerskin gloves, carries thirty pieces of silver and wields an antiquated blunderbuss pistol loaded with crucifixion nails.  He once walked a very different path, but Jezebeth destroyed everything he knew.  Check out the story to find out more.

Song Stories: Blaze of Glory on Amazon Paperback and Kindle